The start of the new year is now a month away, which means New Year’s Resolutions are just around the corner. Sadly, most Americans who make resolutions never actually keep them, and here’s why. 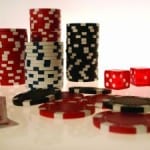 1. They have an all or nothing mentality.

The number one reason people fail their New Year’s Resolutions is that they have an all or nothing mentality. They believe they have to do everything  perfectly or there’s no point in doing it all.

If you’ve read my post on How to Stop Hitting Snooze and Wake Up Early, you’ll know I’ve had a long, arduous battle with the snooze button. Though I’ve certainly gotten this under control, I’m by no means perfect–there are still days I embrace the sweet embrace of the snooze. But I’m much better at returning to no snooze than I used to be.

But now I realize it’s not about being perfect. It’s about getting back up. If I miss a step, it’s OK, as long as I start taking steps again. For your own goals, whether they are to exercise every day or never smoke again, remember the most important thing is to get back up if you happen to fall. 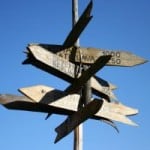 2. They make too many resolutions.

They try to change too many things all at once, rather than changing one or two things at a time and then moving to the next one after it’s a solidified habit. Let’s be honest, changing habits can be hard. To think that we can change every single bad habit we have at one time is unrealistic. Combine that with an all or nothing mentality and you’re almost guaranteed to fail, e.g. “well I didn’t lose as much weight as I wanted to so I might as well keep smoking and not date anyone.” 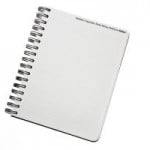 3. Their resolutions are not specific.

The goals I listed are intentional–they’re commonly among the most popular resolutions every year. The problem is that they’re all terrible. Not that getting more organized is a bad resolution, but how it’s phrased isn’t actionable. How do you know when you’ve succeeded?

Resolutions that are not specific are hard to achieve because you don’t know when you’ve achieved them. Even something like “lose weight” isn’t very helpful. Does lose weight mean 100 pounds? 10 pounds? .00001 pounds? And does it account for the fact that, depending on your exercise plan, you may put on muscle?

Better is to have specific, measurable goals that you can easily determine if you’ve accomplished. This past year I wanted to “eat better” but I know that’s far too generic to know if I actually succeeded. So instead my goal was to eat at least 2 servings of fruits and vegetables per day. Is that the recommended amount? No, but I know it was a challenging but achievable goal that I could easily measure. 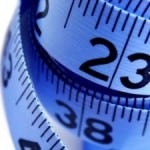 4. They don’t track how they are doing.

It amazes me how few people actually track their progress against their resolutions. They plan their goals at the beginning of the year and never really check in to see how they’re doing. Life is busy and very distracting, if you aren’t paying attention to how you’re doing, what are the chances you’re going to succeed?

As the business maxim goes, “what gets measured gets done.” At a minimum, you should review progress every month or even better, weekly. The absolute best? Daily. Daily tracking creates a habit that is much easier to sustain than once-a-week or once-a-month. 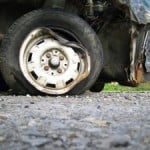 As an example, one of my goals this year has to work on at least one task for Humor That Works every single day. At the beginning of the year, I noticed I was failing this daily goal more often than I would have liked. I thought about the days I was successful and the days I wasn’t, and tried to find root cause for both. I learned that there were certain things that motivated me (e.g. looking through reader’s comments, checking Google Analytics) and things that demotivated me (thinking about all of the tasks I “had” to do or browsing ESPN.com in the morning).

Once I tweaked my behavior, I became much more successful at accomplishing this goal. Not every day was perfect, but again that’s not what’s important (sorry to beat a dead horse, but seriously, it’s the number one reason people fail).

The Interconnection Between Goals and Discipline

Lessons from The Effectiveness Equation

How to Keep Your New Year’s Resolutions
0 replies