I don't understand mint chocolate. I've never been eating a dessert and thought, "You know what would go great with this? Toothpaste."

Can we all take a moment to appreciate that whoever coined the phrase “shut your piehole” knew the mouth’s most important function.

I once had to miss class because of hypothermia. I was too cool for school.

If you miss an AA meeting, are you marked Absinthe?

Calling me a momma's boy is a compliment because my mom is awesome.

As they say when picking a Tom Hanks movie, go Big or go home.

I comprehend the thesaurus for merriment.

A travel agency is a business that peddles their wheres.

When I'm at a 4 way stop, it's amazing how quickly I go from "You can go ahead" to "if you don't move I'm going to murder you."

13. Had People Rowling in the Aisles

14. Don’t Get Me Started on Bridal Showers

Oh, so it's fine when people throw Wedding Showers and Baby Showers, but I throw one little Meteor Shower and all the dinosaurs go extinct.

Clickbait headlines be like "President Lincoln goes to the theatre, you will not believe what happens next!"

"Oh, I thought you said 'Make yourself A home.'"
*crawls out of pillow fort made in friend's living room*

You know Dickens' editor was probably like, "Instead of best of times / worst of times, why not just say it was the okayest of times?"

Me: "Doctor, is this airport disease serious?"
DR: "Yes, I'm afraid it's terminal."

Whenever I make a joke that no one else appreciates I just have to laugh at myself. 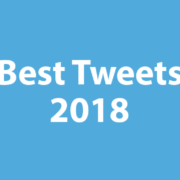