I had just finished watching an improv show which had been a lot of fun. It was entirely in Italian, which I know very little of, but I was still able to get a general sense of what was going on based on years of experience seeing and performing improv.

They had a second show that evening I wanted to see since it was going to be short-form improv, but the trains in Milan only run until midnight and I didn’t want to get caught an hour away from where I was staying in Monza with no real way of getting home.

Because of the weirdness of the trains late at night, Paola told me to get to Sesto station where she’d pick me up and drive the rest of the way. So I sent Paola a message on WhatsApp to say I was leaving, and then left the theater to catch a bus to get to the subway station to take a subway to get to Milano Centrale to take to a train to get to Sesto where Paola was going to pick me up.

I completed my various transfers and was on the final train to Sesto when I decided to see where I should meet Paola when I arrived. I sent off the WhatsApp message and saw that it had been sent and delivered, but not read. The same was true of my previous message.

I thought little of it, assuming she was driving to the train station to meet me and was being a good driver by not texting and driving.

I arrived at the station just after midnight and sent Paola a third message to say I had arrived. Like the previous two, they were sent and delivered, but not read.

I thought maybe her phone had died and that she might already be there but just unable to communicate, so I walked around trying to guess what kind of car she drove. After about 10 minutes of creepily staring into strangers’ car windows, I decided she wasn’t there.

I started to worry a little bit about how I was going to get home. I pulled out my phone and entered Paola’s address thinking maybe I could walk to her place. Distance: 8.1km. Being a typical American, I had no idea what that was in freedom units, but according to Google Maps it was a 90 minute walk. In a foreign country. At 00:15 in the morning.

I looked around to think about what to do when I noticed the train board. I thought all the trains stopped running after midnight but there was one last train from my location to the Monza, Italy stop, which was only five minutes away from Paola’s place.

The only problem was that it wasn’t going to arrive for another 35 minutes, but given the alternatives, it didn’t seem so bad.

I sent Paola another message just to see if she was on her way, but also to let her know that I had found a train I could take instead. Sent, delivered, unread.

I had to wait. While I waited, a couple of things happened.

First, I saw an Italian couple get into a pretty heated argument. They were arguing very loudly in Italian, gesturing violently, and at one point I was fearful that one might start hitting the other.

They moved around while arguing, taking turns leading in a potentially dangerous tango of domestic violence. As they moved from the parking lot to the waiting area to the parking lot again, all of the other patrons would casually move away.

The whole thing seemed pretty intense but no one else seemed to be bothered. And to be fair, I don’t speak any Italian, so it’s possible that they were just having a normal conversation and speaking with their hands. A lot.

Eventually they went away and that’s when the second thing happened: I started to think.

The whole thing seemed a bit worrisome, so I worried some.

A number of thoughts started to go through my head because, aside from the getting murdered scare, which again was all in my own head, Paola was incredibly nice, sweet, very accommodating, and not one to just leave me stranded at a train station with no message.

I started to think through the possible scenarios of what could have happened.

The most logical explanation was that she probably fell asleep and didn’t hear her phone buzzing. That’s almost certainly what happened.

And yet… there were other possibilities. None of them good and none of them things I was happy that I thought about.

Ridiculous Possibility #1 was that she hadn’t gotten into a car accident. She didn’t drive a lot because she didn’t own a car; she had a bike that she used instead and tried to rely on public transportation. She had her sister’s car for errands that she was running that day and had agreed to pick me up because she thought it would make things easier.

It was possible that she wasn’t used to driving and my texting had caused her to get distracted and she had run into a pole and was crumpled behind a wheel somewhere.

Morbid I know but it got worse.

Ridiculous Possibility #2 was that she was kidnapped. I don’t know what it is about my paranoia with being violent crime in Italy, maybe I saw Taken and confused Paris with Milan, but I thought maybe she was out walking alone and was kidnapped and that’s why she wasn’t able to answer.

Ridiculous Possibility #3 was that she had a pulmonary embolism and was in a hospital or dead.

Of course they were awful possibilities, and again, I was 99.9% sure that she just fell asleep.

But, of that .1% of the other three options that remained, as morbid as it was, I hoped that it was the pulmonary embolism.

My twisted thinking being: if she was driving along and my text had caused her to crash, I would be at fault, which is terrible of course for her, but also not great for me and my conscience.

But the worst case scenario would be if she was kidnapped because the kidnappers would see on her phone that someone had been texting her and was expecting to come over, and they’d have to come after me to clean up loose ends. And I don’t have a certain set of skills like Liam Neeson.

All highly illogical things but when it’s midnight in a country where you don’t speak the language and you’re waiting for a train, you think about a lot.

Eventually the train came and I got on, took it to the Monza stop, got off, and sent Paola another message to let her know that I’d gotten off of the train and that all was OK. Or so I thought. 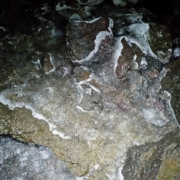 What is a Corporate Nomad?

Stand Up Set at the Stand

Mine Your Business
0 replies

Afraid of the Italian Dark