The picture was of Manneken Pis. I was in Brussels and my companion, friend, and tour guide, Sebastian, a fellow 8th Floor alumni, was showing me around his city.

As we walked around the downtown area, Sebastien shared with me what he had learned in the two years that he had lived in Belgium.

Neither French Nor Freedom Fries

He shared the various Belgian foods that were popular: beer, chocolate, waffles, and my favorite, French Fries. Although to call them French Fries in Belgium is quite insulting.

I was told that fries were invented in Belgium, and it’s clear that today they are still a big part of their culture, with their tiny forks and myriad of dipping sauces to choose from.

The story goes that, during World War II, American soldiers came to Belgium and fell in love with the fries.

However, the Americans weren’t very good at geography, so they assumed that because the Belgians were speaking French, they must be in France. And thus upon their return to the states, referred to the delicious potato treats as French Fries… something the Belgians have not yet forgotten. 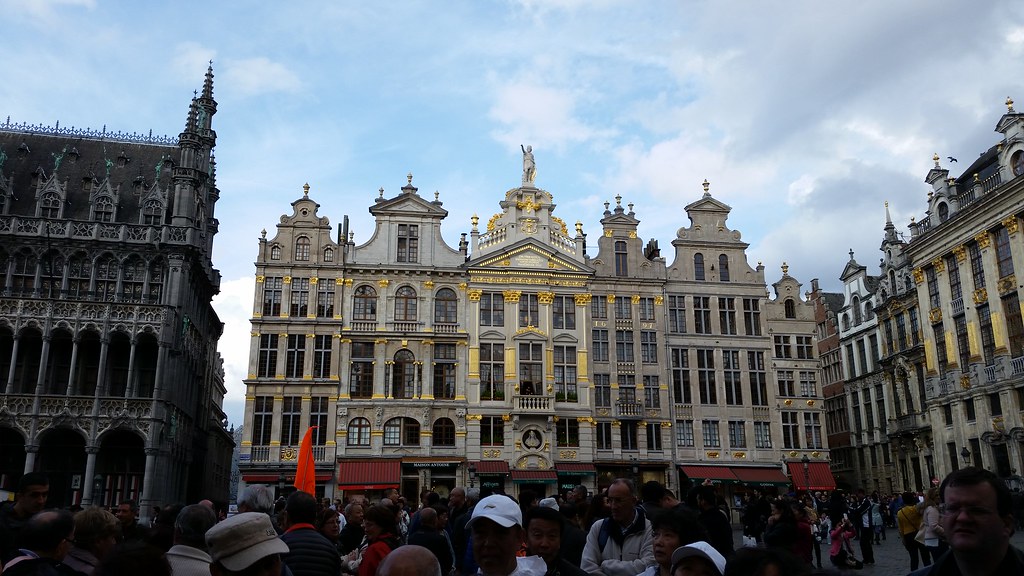 Another great story, though one likely made up by high school students, was that of a series of statues in one of the squares.

There, atop one of the buildings, is a statue of a woman holding a baby, but instead of looking at the baby, the woman is looking at another statue.

At this point, I started to wonder how true these stories actually were, but ultimately didn’t care as they were thoroughly entertaining.

The Story of the Weird Statue

However, my favorite story brings us back to Manneken Pis and the awkward picture I had just taken.

The great story attempts to answer the question: how did a 3-foot bronze statue of a little boy peeing become the icon of an entire city?

And when I say little boy, I mean little. Not a 10-year-old but a 4- or 5-year-old. And when I say icon, I mean it’s a place where tourists flock with their selfie sticks to take pictures of themselves with a boy peeing in the background. 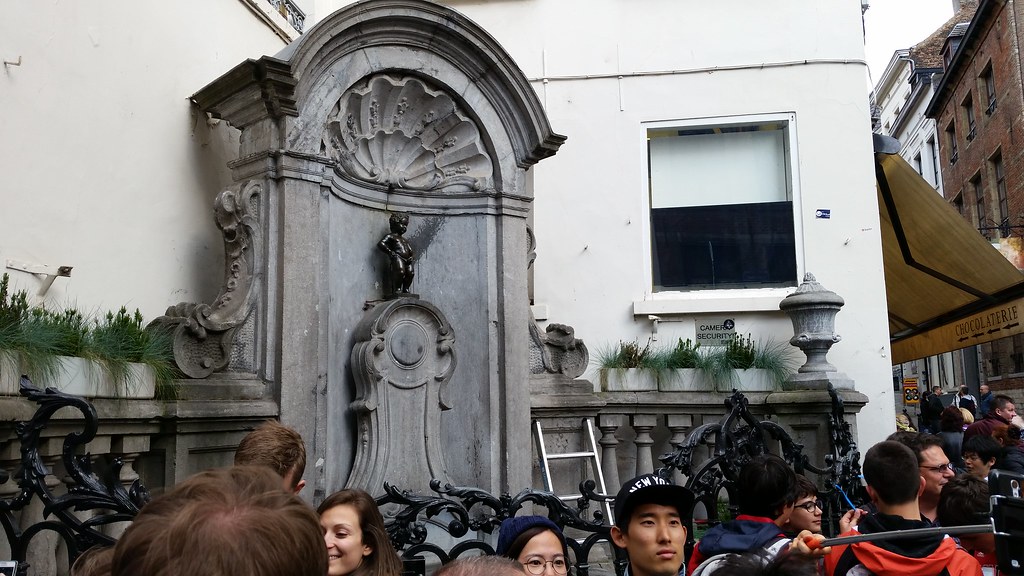 I don’t know if that just speaks to the uniqueness of the statue or perhaps people’s lack of imagination for other things to do in Brussels, but alas, here I was still in front of the peeing boy, still taking a picture.

The reason for the iconic statue isn’t exactly known, but there are plenty of stories to say why it’s so important, and that’s what I love about the statue.

Some stories are more mundane, such as a witch found the boy peeing on her property so she turned him into a statue, or a father, who had lost his son, promised to erect a statue of his boy in whatever pose he found him in.

There were also a number of stories turning the boy into a hero. One story suggests that the statue was meant to honor a boy who had discovered an effective way of warding off enemy soldiers: by standing in a tree and peeing down on them. Another said that there was a bomb in the city and the little boy had peed on the fuse to prevent it from going off.

But my favorite story was a little bit more elaborate. It claims that there was a great fire way-back-when in Brussels that tragically happened during a great drought. The townspeople didn’t have any water and so they had no way to put the fire out. The town was doomed… until this little boy decided to put the fire out by peeing on it.

Now of course the boy didn’t have enough pee to put the whole thing out, duh, so he had to constantly drink beer so that he could maintain a steady stream to extinguish the fire.

Not only is it a hero story but also one that includes the Belgian beer.

But alas, the tale does end there. For the last stop on our tour of downtown Brussels was where I took the new creepiest picture I had taken, of yet another statue.

This statue depicted a little girl peeing in a squatting stance, weirdly behind a fenced-in area. It was a companion piece to Manneken Pis, but for obvious reasons, wasn’t nearly as popular. It also sadly didn’t have any cool stories to go along with it, other than, “I guess we should make a girl one too?” 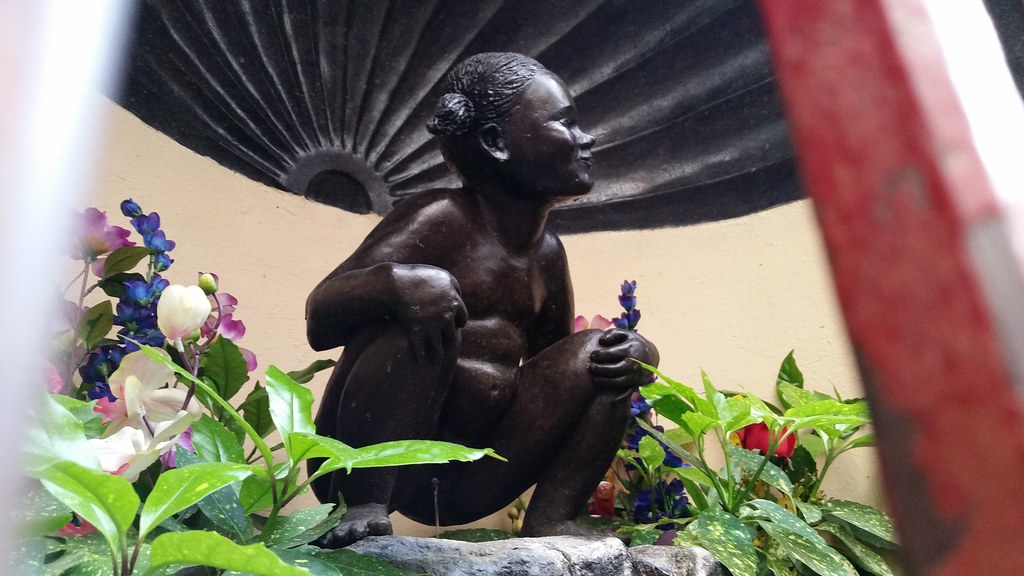 Nomad Map of Everywhere I Went

The Story of My Year as a Nomad

Seattle to Turin in 5 Minutes, Part 1

A Boat, A Bridge, and Boom