I had to write a hand-written note the other day, and it reminded me of how much it really sucks when you can’t use the delete ckey to fix all of your mistakes/  So i nthe …. So to give a shout out back to the days of yore, I’ve dcecided that I’m not going to tuse the delete key while writing this post.

HOpefully everything will still remain readable, and that I don’t drag on for too long (as I won’t be dediting it back down.).

Ive heard that you;re sopposed to be able to judge how much self esteem wone ahs by analyzing their ahandwriting.  For example… The idea is that the bigger the person’s handwriting, the bigger their self eesteem (maybe because it’s realyted to people with smlow self esteem thin k people won’t read their writing if it ‘s small?).  Well if that’s the case, then I have less self–esteem thatn pre0buscent te/boy with acne.

My handwriting is about the equivalent of a 6 point font a computer (yes I’m a geek and that’s how I’m doing my comparison), but not rnearly as neat.  I’ve never really thought about it being because I have low self eseteem, I( think I’m pretty awesome), it’s more about effieciecy.

You see I’m an engieener by trade, and so it seems more efficeient to write smaller.  You have less workd to do (the words/letters/linest hat make up those wletters are smaller) and it also takes up liess space.  I remember back in college comparing notes with people, and where they’d have 30 pages of notes on a given topic, I’d have 2 1/2.  Granted part of that may have been linked to sleeping in class, but the bigger part was that I just wronte smaller, and used the space more effectively/

I guess you might say the old saying for me should go (“the pen is mighteir than the dagger..”.).  I’d fventure to say that the othe r part of it was that in elemarntary school, people would always comment that my handiwiriting was small.

As a result, I’d be sure to continue writing small, and in fact probably tried to swrite smaller,  just because of the attention it received.

I imagine that ctually happens a liot.  It’s like some type of odd reward (or stroke if you follw transactinal/game theory).  You do something weird/different, you get a reaction or attention, so you do it more often, and often more extreme (you like that sentence, I idi fo r some reason).

That’s probbly why people get multiple peircings, tatoors, or why Rosie Odonnell is becomeing more and more of a  “not nice eperson “…

But I’d better stop before I hurt some people’s brain with my terrible typing.  At firtst cglance, it seppears that my brain is thinking way to fast for my hands to type (I put in letters that belong at the end of a word at the begginning) and that I also might very well be dyslexic.

And not e that I was typign at my normalspeed, not trying to slow down just to be more accurate, or speed up fto be less.  This is about how much editing I need to do for a normal bpost (unless the fact that I’m seeing all my errors is making me type wrose, then it might be alitt le off.).

Mayboe I should consider a tpying course: “The big red doc jimped over the silver moon” or something like that. 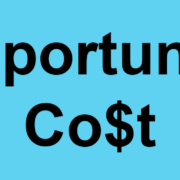 The Hidden Cost of Opportunity 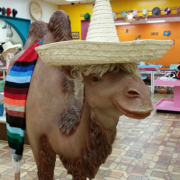 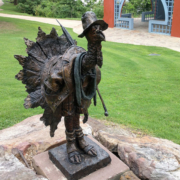 Money Doesn't Matter If You're Dead

The Hidden Cost of Opportunity

My Fall
Scroll to top