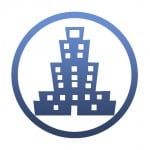 The day started like any other day of my sophomore year at The Ohio State University. I woke up at 10am after hitting the snooze button 2 or 300 times, went to my engineering classes after eating a champion’s breakfast of S’mores Pop Tarts and Dr. Pepper, and then went to study for my major at the time: Halo (the videogame, not the yet-to-be-released Beyonce song or the hat angels wear).

As we entered our third or fourth 3-hour game of Capture The Flag against opponents down the hall, my best friend, Nate (and incidentally the only person that could consistently beat me at Halo), said something that would change my life.  Of course I didn’t know this at the time, it just seemed like something to talk about while we beat the pants off Nate’s residents (did I mention we were both Resident Advisors?).

Nate was (and still is, but we’ll keep things in the past tense for the sake of continuity) a stark contrast to me, and that’s probably why we’ve gotten along so well since we first met in the seventh grade back in Cincinnati. He was a Psychology major, I was a Computer Science & Engineering major with a minor in Business. I took four years to finish a typical five year program, he took five years to finish a typical four year program. He was naturally charismatic and when he spoke, he got people’s attention. I was naturally awkward and when I spoke, I got pained looks from the people listening. I was white, he was black.

On this day, he was occasionally brilliant.

With the score 2-0 in favor of the good guys, we were resting pretty easily as we continued to “lay the smack down” on the freshmen down the hall. The four of us in the room (two other friends, Chris and Moran, whose lives also changed that day and the other 2 people on our 4-person team), were joking around as we normally did. Chris and Moran were opposites just as Nate and I were. Chris was a large, brooding white man. Moran was a skinny, hilarious black man. Moran could talk his way out of just about any situation even if he had no idea what he was talking about. Chris could barely talk his way into any situation, even if he knew exactly what he was talking about. Chris was an incredibly intelligent person trapped in an awkward socializer’s body. Moran was a incredibly funny person existing in a ball of fun.

With a click of Moran’s trigger and a toss of Chris’s grenade, we won the game. Moran sniped any defense the other team put up and Chris flipped the jeep foolishly trying to escape with our flag, and I escorted Nate and the other team’s flag back to our base for the final point.  We celebrated, we laughed, we mocked our inferior opponents (in a sportmanslike, definitely-appropriate-for-being-their-RA’s manner.

And then it came. As the laughter died down and the four of us sat in the tiny dorm room given to RA’s, narrow enough to touch both walls at the same time, Nate said the
words that would change our lives.

“We should start our own improv group.”

Disappointed? Surprised? Expecting something profound and quote-worthy? The sentence itself was nothing profound but the concept, and what would happen as a result, was.

Prior to this sentence, I was on a path to computer stardom.  Until this point, I had never done anything theater related and was always the nerd in school. I graduated in the top 1% of my high school class, got a full scholarship to attend Ohio State and was working towards those engineering and business degrees so I could become the next Bill Gates (or at least an entrepreneur or corporate executive working in the tech field). That sentenced changed that, but like I said, we had no idea at the time. We had no clue what we were getting into, we just said, “Yes.”

To fill in some much needed detail, Nate had done some theater work back in high school, and as part of his classes, he did improvisation–exercises based on making things up in the moment. At Ohio State, he found a college group that did improv shows. He joined the already hilarious cast and had some very funny shows with the group.

Our sophomore year, Chris and I auditioned for the group. Chris got in based on his far too vast referential knowledge, and I did not (I do want to point that I was invited to callbacks but had to miss due to my responsibilities as an RA, and that’s the reason I didn’t make it. Or at least, that’s what I’ve been telling myself).

While Nate and Chris enjoyed performing in the group, they realized something was lacking, something could be better. The group, funny as they were, only met a few times a month and only averaged a show once a quarter. What was missing was more–more practice, more performances, more time doing this thing called improv.

Nate came up with the idea that we could start our own improv group. We, with the collective experience of about one year of improv (Nate’s year plus a quarter’s worth from Chris; Moran and I had no improv experience), decided that day to say “Yes.”  We summoned the help of two other friends (neither with improv experience) and started practicing in the basement of the residence hall where I was an RA.

Two and a half years and countless hours of unguided practices and some good and some not-so-good shows later, the group was celebrating their 50th Show in front of a 200+ person crowd at a theater off-campus. The original founders graduated and left the group in the hands of the very capable members left in the group. Each year new members come in as old members graduate, and The 8th Floor Improv Comedy Group still exists today, performing sold-out shows every month. They’ve been featured on-screen in-front of the 100,000 fans at Ohio Stadium during Buckeye games and perform to thousands of incoming freshmen at orientation.

As for us, Nate moved on to Chicago where he took classes at iO and Second City and is now a house player at iO and working in various shows at Second City. Chris stayed
in Columbus, started his own graphic design company and continues to improvise throughout the city. Moran moved to Chicago, is engaged with a child (he’s not engaged to a child, he’s an engaged to a wonderful woman and has a child) and taking improv classes when his family-life allows.

And me, I’m living in NYC working for a Fortune 20 Company as a Project Manager and self-proclaimed Corporate Humorist. I’m taking classes at The Magnet and Upright Citizens Brigade performing improv and stand-up across the city, and blogging/consulting/training on humor through my company, Humor That Works.

And all of it is a result of a simple, non-poetic, sentence from a best friend my sophomore year of college.

“We should start our own improv group.” 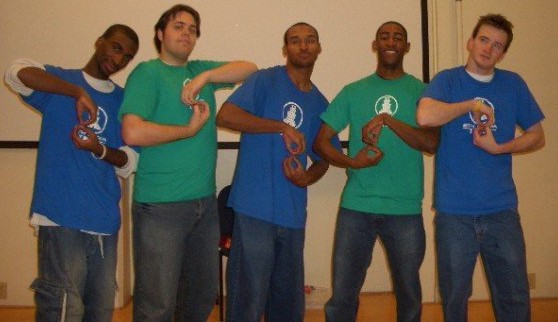 The Best Teacher I've Ever Had

Seattle to Turin in 5 Minutes, Part 1

Journey to the Top